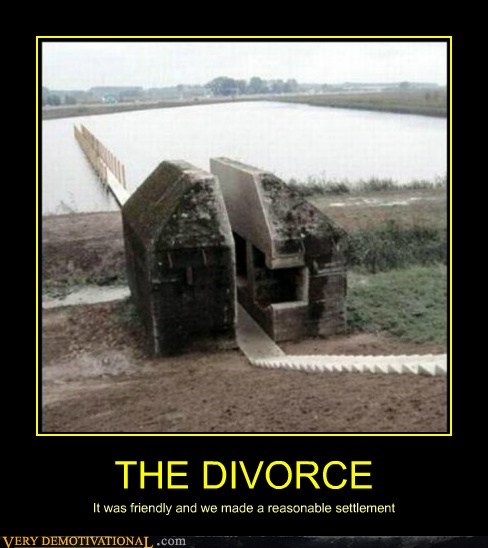 Six years ago I filed for divorce. I have went back and forth wandering if I made a big mistake by filing. Wondering what is wrong with me. Wondering why ex wasn’t content being with me. After our divorce was finalized five years ago, I stayed with ex. I still believed I had made a big mistake. We didn’t live together anymore. So, if we did fight then we could be away from each other. I was dating my ex again. Our relationship was the best it’d been in years.

Four years ago, I was blindsided. I went over to ex’s house and there was another woman sitting on the couch next to him. Her kids were sitting in the floor playing with my daughter. I honestly did not know what to do or say. I left. I went to the store and tried to focus on what I needed from the store. Ex called me and asked if I was okay. I asked him if he was seeing that woman. He told me yes. How could I have missed the signs?

In my head, I excused his behavior. We had been together since high school. Maybe if I let him see what else was out there then he would realize that he still loved me. I lower my self worth. I made myself more “available” for him. I did oral for ex all of the time – even though I hated doing oral on him.

I was happy to see that chick out of the picture. But I was more aware of signs after her. I noticed ex’s behavior for a few weeks and asked him if he was seeing someone else. He lied to my face and said no.

Now, here’s the thing about my ex, he has a specific facial expression that he makes when he lies. I have seen that expression millions of times. He thinks he is fooling me – even now he still lies to me.

He told me she was just a friend that needed help fixing her dishwasher. I should have seen everything wrong with that lie. You don’t want ex fixing anything. He gets angry and throws things and then usually breaks things even more. I continued to stay with ex. I needed him. I loved him. I needed him to love me.

I actually did not know about girlfriend until three-years-old. That means they were together for an entire year while he was still with me.

One day, my daughter started crying. I asked what was wrong. She said “dad told me not to tell you.” What?!? I find out that ex had taken my daughter to this woman’s house for sex and then told my daughter not to tell me. He lied to me. He was teaching my daughter to lie to me. I was pissed off beyond words.

When I confronted ex about, now current girlfriend, and if they were sleeping together he got the biggest shit-eating grin on his face. I do remember sleeping with him again after that, why I do not know. I needed that drug. I seriously thought I did not deserve better. I felt like I was doing the right thing for my family. I cried and hated myself every single time we had sex. I felt cheap and dirty.

Ex would not tell me much about her.

Even after I completely broke things off with ex, he would not tell me about this woman. He would not allow me to meet her. He was sneaking her over at night and then pushing her out of the house before our daughter would wake up. My daughter caught them and ex told her she was making things up.

I wanted – still want – a good co-parenting support for my daughter. I wanted ex and girlfriend and I to be civil and be able to hang out with each other for my daughter’s sake.

Honestly, I really did want to be friends. Even though I hated ex and did not trust him. I was more angry at him than at girlfriend. I mean, he was with me and telling me he loved me yet still shopping around – just like during our marriage.

I don’t know who is to blame, really. I blamed myself for a long time. Some days, I still blame myself. I blame ex. I know you cannot steal a man that does not want to be taken. I know he was always looking for someone else. I blamed girlfriend for messing around with someone else’s man. I know it was like a game for both of them. For me, it wasn’t.

I tried meeting girlfriend – the first time she would not get out of OUR bed and meet me. The next time she made out with ex in front of me. I mean, I don’t know if it was like to prove to me that she won and I lost. It was gross. I wanted to tell her that he cheated on her with me. Actually, I still want to tell her.

Back then, I really did feel like she won and I lost. Now, I look at the “prize” and think what a shitty thing to win in a horrible mind game. She can have him. I am done with that drug.

Just like with anything addictive, I think about what-if. I used to smoke cigarettes. That was a very hard habit to break. Now, the smoke makes me sick to my stomach. I used to self-injury. I do think about falling back into old habits, but I have to remember that I am a role model for my daughter. Same thing with ex. I think a part of me – deep, deep down – does still love him. I’m not sure if I actually love “him” or do I love the idea of being in a relationship and having a man in my life.

It has been one challenge after another. I have hit rock bottom during some of those challenges. I stayed angry at both of them and myself for so long. I have remained bitter. I still think ex plays mind games with me. I still think he gets off on making my life hell.

Those kids have dads. They see their dads. He needs to be a dad to his own daughter.

Ex has brought girlfriend and her kids to my house. They do not get out of the car. But he would never tell me where she lived. I thought it was important that I know because my daughter was over there so much.

Before I met girlfriend I imagined what she was like. I pictured a cute blonde and very thin. Not knowing where she lived or what the house looked like, I pictured his cute, picture perfect house with a white picket fence.

Things are not how I pictured. Ex always gave me hell about my weight. Ironically, since girlfriend has been with ex she has gained a ton of weight. I have heard her speak before. Her conversation bored the living hell out of me. Honestly, all I heard was “blah blah blah.” I wonder if girlfriend and I tried conversing again if I would be less bitter this time – that last time was three years ago.

I would see ex hold her hand and kiss her. I would feel so jealous. I would hate them both. I would hear about everything they did together and with the kids. Again, I would feel angry because ex never did that with my daughter or me.

I know every relationship has a honeymoon phase.

I know things are never as they appear. I know it is easy to make the relationship look happy and both parties to hide the truth.

Ex moved in with girlfriend. I told him he had to tell me where she lived. Our paperwork states I have to have current phone number and address for ex at all times.

I finally got girlfriend’s address.

Ex is currently on orders across the country. My daughter’s belongings are at girlfriend’s house. Last night, she needed something that could not wait. I told her to call her dad to make sure girlfriend was home – since my daughter does not have a key to the house – and I would drive her over there to get her things.

My daughter led me to girlfriend’s house. I pulled up to this house. I expected this gorgeous home, white picket fence, birds singing, and a rainbow above it. Instead, I wasn’t impressed. The house was nothing special. The yard was neglected. The cars – most of them were ex’s – but the one’s that were girlfriend’s were dented. There was no white picket fence. No gorgeous rainbow plastered in the sky above the house. Honestly, if I did not know who lived there and just judging by the house and surroundings I would guess an old woman. If I was taking my daughter trick-or-treating, it would be a house that I would probably just pass by – that would be the house that would give out the popcorn ball or that gross candy in the black or orange wrapper.

I wander what happened with ex and girlfriend when he called to tell her that I was bringing my daughter over.

I did not get out of the car – there was no point. I went there to let my daughter get some things, and that’s what I did.

Hopefully another step in the right direction. Proof that I am still continuing to heal.

Oh, update on the 24 year-old with online dating… Yeah, he did not make the cut. I had to block him. He last longer than most. Good conversation. But he was way too needy, and clingy. Maybe that’s why he was looking for an older woman, to mother him. Ha, sorry, I’m the wrong chick for that. But, maybe looking for a younger guy would not be completely insane. I mean, age is just a number, right?