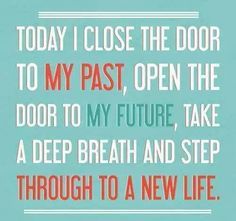 So, until my divorce I was never actually on my own. I went from living at my parents’ house to living in a dorm at university to living in an apartment with ex and us eventually buying a house and getting married. I feel I learned a lot on my own, and what I didn’t know I’ve learned on the way. Especially with divorce. Unfortunately, a lot that I’d learned about divorce was after my divorce was already said and done. Another example is the quitclaim deed for the house.

Five years ago, I bought my own house. I was still legally married. I was excited and nervous. I had never lived alone. I had been through the house buying situation before, since ex and I had bought a house together. But this was different because instead of buying a house to continue to grow a family this house was now part of a broken family.

Sitting in the conference room, ex by my side, I signed a stack of paperwork. The first order of business was a Quitclaim deed for ex’s house. Then we moved onto the paperwork for my house. I froze. Ex’s name was on my paperwork. I stated over and over that we were getting a divorce. This was not going to be his house. He was never going to live there. Where was the quitclaim deed for him to sign?!? It made no sense that I had to sign one for his house – losing all rights to it before the divorce was finalized – and he did not have to sign on for my house.

Our divorce really wasn’t messy. It took eleven months only because 1. my first lawyer ran off with my money, so I had to find another lawyer and start again. 2. I think ex thought I was bluffing about the divorce. It took him almost six months before he got a lawyer. The major issue was child support and ex refusing to pay. Everything else was agreed upon.

The whole time I feared if I fought too hard or too much he would want my house. After the divorce was finalized, I still fear ex would be petty and come after my house.

I have lived in the fear of ex trying to take my house for five long years. That fear is finally over!

Last month, ex sold his house so he could move in with girlfriend. I received a call from the title company telling me I had to come in a sign a quitclaim deed for ex’s house. Um, what happened to the one I signed five years ago? Apparently, they had it, but since I was still married to ex at the time, it did not count. What?!? Sounds like I should have had a cut in profit with him selling the house then.

So, I asked about them working up a quitclaim deed for ex to sign for my house. It took a couple of weeks to get ex in there to sign. Then it took a few more weeks before I had the extra money to spare to pay for it and have it recorded legally. But, after yesterday, ex is no longer on my house’s paperwork. One less fear and stress that comes with divorce.