I remember when I first started online dating, the waiting for them to return a message was torture! I didn’t understand.

I would send another message…. then another… and another.

When not replying to messages, I get sometimes you are busy, have a life, taking care of kids, and not attached to your phone 24/7. But then again, it takes seconds to return a text/message.

I haven’t really been interested in anyone since the serial cheater. So, the messaging back and forth has been limited. I don’t care if they don’t message me back. Most of the time I’m the one that doesn’t message back – if I even reply in the first place.

Had one message me yesterday – he was about eight years older than I am. He was very talkative. I think if I had asked, he would have told me his ENTIRE life story. But, he made me uncomfortable. He asked questions about my daughter, too. No. Sorry, I don’t know you. I do not answer questions about her. **block**

The younger guy, I got one message from him early yesterday. I responded. Didn’t hear anything else.

So, back to: Do I message him again today? Do I wait and see if he messages me? Do I block and delete? Do I not block and just continue my search?

A part of me wants to message him (and I probably will. Just to see if he is interested. Then if no response I will block and delete). Another part knows I’m just wanting to see if fwb would be a possibility – then I feel dirty for thinking that fwb would even be a possibility with ANYONE. I mean after everything I have been through with guys, do I really want a guy to have my permission to use me for sex? Do I want to set myself up for getting hurt? Do I want to place myself in a situation where the possibility of something very dangerous happening?

See, I’m back to that jaded attitude.

I’m sure it is mutual. I’m sure the feeling of being used and feeling dirty is not a part of fwb. (That’s why yesterday I made the comment in my post that I don’t know the details with fwb) I want someone with experience to ask questions to so I can get a better idea.

But I also don’t want to advertise on my dating profiles that I am looking for fwb. **Can only imagine the creeps I would get messaging me then** I want to find someone that maybe it could lead to a relationship.

I don’t want to catch feelings and be hurt… again.

Ideally, I would want a trusted friend for fwb.

I have one friend – he is crazy attractive! Jeez. He has asked about friends with benefits. BUT he lives five hours away. Sorry. Not happening. I’m not driving to another state for sex. But, in reality, if this guy lived closer I would definitely try fwb with him. I know he would be a safe choice – I don’t see him ever hitting me or trying something without my permission. We’ve known each other since high school – I was one of his first friends when he moved there. He has seen my anxiety. He has talked to me on the phone during my depression. I have talked to him about his PTSD and gave him someone to talk to and cry to about his military memories.

Besides that guy, I really don’t know – or have – any male friends – that are not married/in a relationship.

So, I guess finding a trusted friend is out of the question.

Back to online dating? Again, do I message the young guy? Do I continue looking online? I feel like I have seen all these guy’s pictures hundreds of times (Most of them don’t even change their pictures or update their profiles. I’ve been doing online dating off and on for a couple of years. So I feel like it is just a constant loop of losers)

Think I’m leaning towards fwb because I’m not having any luck finding a relationship – I CAN’T EVEN FIND A DATE… I think I’m feeling extra pressure too. Found out in two weeks ex and my daughter are moving into girlfriend’s house permanently. I’m scared, hurt, nervous, bitter…

Makes me really start to think there is something wrong with me. Guys online don’t find me interesting. Ex gets to have a family – which he never wanted more children – the family I wanted.

Also, I had found a support group online. I found this group about a year or so ago. It has been wonder to have other divorced women to chat with and ask questions to. It was comforting to find others who were going to similar situations, thoughts, feelings as myself. Well, I guess I am losing that support group now… Going to have to start paying a monthly fee to be a member.

I started this blog back during the summer of this year. It was a way for me to continue healing. It was a chance for me to get my thoughts, feelings, concerns somewhere – outside of my own head. When I was married – I was married to my best friend – I had someone, I thought, to talk to.

Now, I do have a very close friend – but even this friend does not know everything about me. This friend does not understand anxiety or depression – so I do not mention it. Of course I can not talk to my kid about adult things. Nor is my family really an option…. So, here I am.

Most of the posts are exactly that – a chance to get thoughts out of my head. Thanks to anxiety and depression I keep these thoughts in my head. They eat away at me. They make me relive every choice I have ever made. They make me question my strength and my desire to keep going.

Sorry. It has been six months. (Yes, I’ve gone much longer – 18 months – without. But come on! I get tired of the dry spells. haha)

I started chatting with that younger guy yesterday. We exchanged numbers. We texted off and on all day yesterday. He is looking for a good woman who could be a good friend (aka fwb) and see if it could lead to more. I told him that my goal was a relationship.

I’m kind of interested in the idea (I’m an adult. Don’t I deserve to have some fun?) Not a clue how fwb actually works though… (I know what it is, but I mean the details of it all)

I guess I will continue to chat, see how conversation flows. I want to meet before sex – of course – to see if there would be chemistry.

But in reality, I might just be missing sex and reading way too much into the situation. 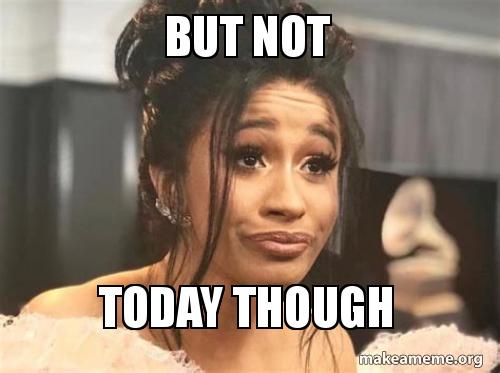 Haven’t posted in awhile. Been busy with my daughter’s activities, work, and trying to catch up on sleep. Think exhaustion is taking its toll on me. Sad thing is I hope I have enough self-control.

So, I haven’t been with anyone since April. Kind of a long time, but not really. I’ve gone without sex for eighteen months – twice. It’s not fun, but it’s doable.

The other day, out of the blue, I had this HORRIBLE thought… Ready?… I actually wondered what my ex would do and say if I asked for sex from him. What?!? Why?!? What the hell is wrong with me?!? Am I that desperate?!? I do have to say, it did make me laugh. I don’t plan on doing that – or him – EVER again. I don’t find him attractive anymore. I’m not in love with him anymore.

Then the next day, I had a guy message me on a dating site. Not a bad looking guy. He is local – actually lives in the town about five minutes away. However, he is not wanting a relationship. He, of course, is just wanting to have some fun.

I really do want a relationship. But, some fun doesn’t sound so bad either for right now.

I did have self-control. I told him we would have to go on some dates and get to know each other. I’m sure that will run him off. Doubt any guy just looking for some fun will want to work that hard to achieve it.

Another reason being divorced and single sucks some days.

But, do have to brag about myself for a second. My detective skills are getting pretty good thanks to technology and social media. Had another guy message me. And in less than thirty minutes, I already knew his real name, place of employment, and that he was engaged. Sorry assholes, I’m not as an easy target as I may appear. Don’t waste my time.